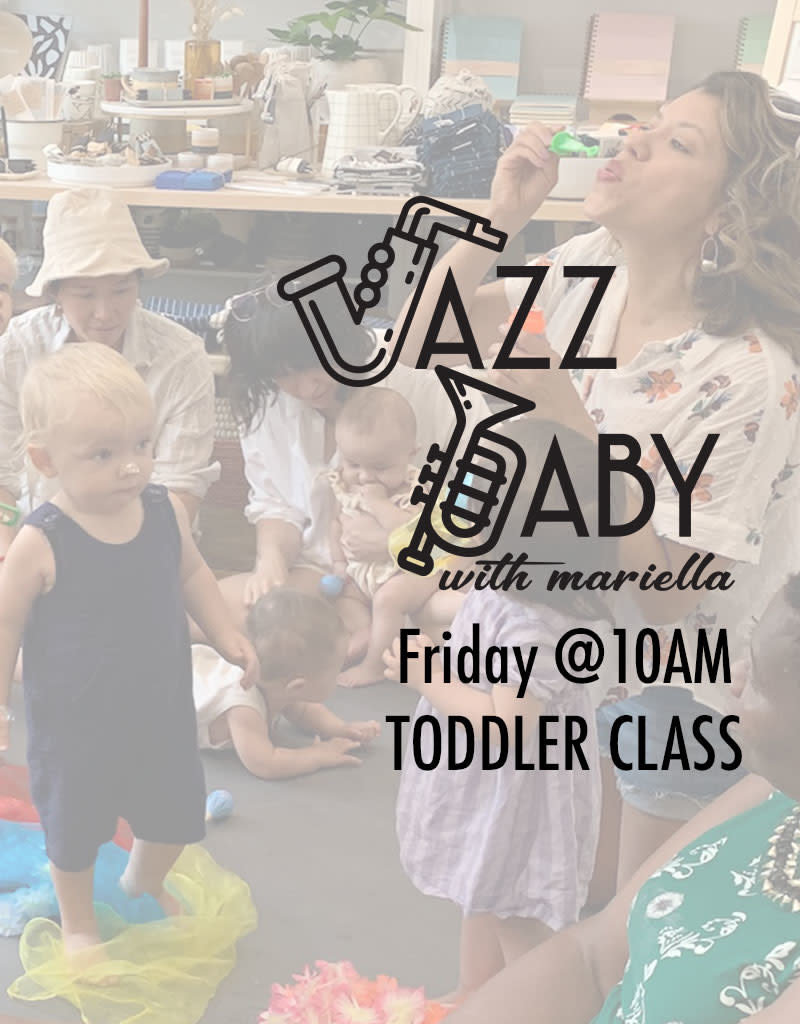 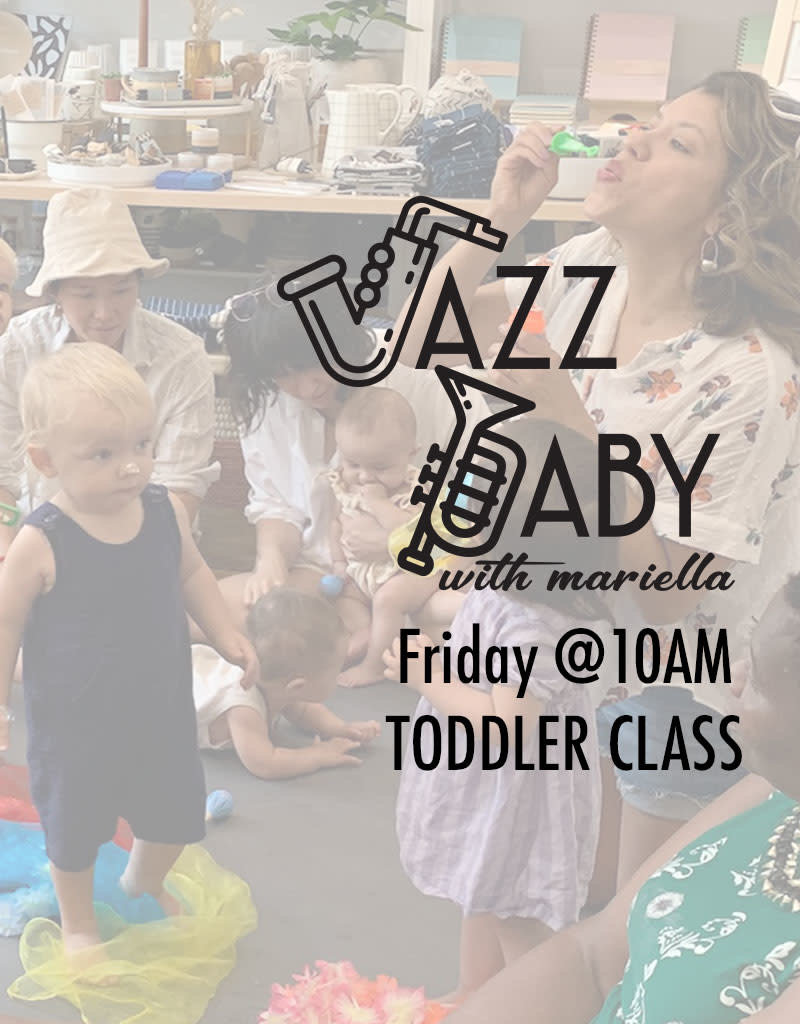 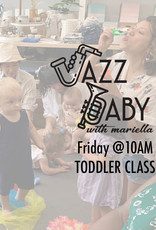 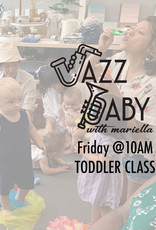 Jazz Baby is a weekly class that incorporates music from the Great American Songbook to expose children and their caretakers to jazz standards and popular music. Through repetition and play, children will explore different rhythms, strengthen motor skills, sensory enhancement, and bond with their parent/caretaker. In addition to exploring different instruments and sounds, Jazz baby will introduce a book to tie-in the week's fun music lesson.
The suggested age for the Toddler class is 6months+ and is recommended for littles ones who are crawling, sitting, or walking. We know every child moves at their own pace, so if your little one prefers tummy time and gentle movement then we suggest trying the Baby class at 11am.
Jazz Baby is led by Mariella Price, vocalist, songwriter, teaching artist, and mom.

About the teacher:
Mariella is a soulful and charismatic vocalist, and one of New York City's most sought-after performers. In addition to her versatile voice, she is an award-winning songwriter. Her poignant lyrics and masterful songwriting have earned her accolades worldwide, including the 2008 Billboard World Songwriting Contest grand prize, and an honorable mention in the John Lennon Songwriting Contest. She is also the co-creator of one of NYC’s longest running and critically acclaimed hip-hop jam sessions, Freestyle Mondays. In addition to Freestyle Mondays, she has also held residencies at various venues in both New York City and Asia, and has performed at Carnegie Hall, B.B. Kings, and the famed Blue Note Jazz Club. In 2015 Mariella was invited by the US State Department to lead an all-female Jazz ensemble on a goodwill tour of Nicaragua for International Women's Month, culminating with a performance at Nicaragua's International Jazz Festival. She has also been featured on Sesame Street seasons 40 and 41, as well as Elmo's Music Magic DVD. Additionally, Mariella has appeared alongside Rosie Perez, Taj Mahal, Bettye Lavette, Tony Danza, Melissa Etheridge, Sam Moore, Todd Rundgren, Living Color, Leni Stern, Mark de Clive-Lowe, Sy Williams, John Hicks, N'Dea Davenport, Will Bernard, and Marcus Miller, among many others.